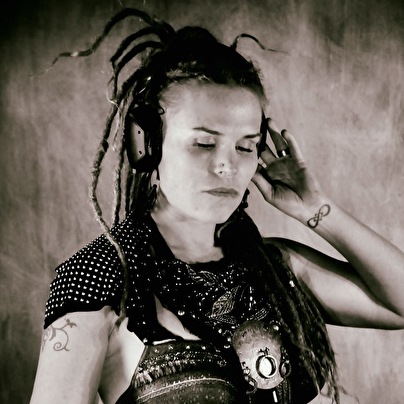 An artist who delves deep into the vast world of sonic psychedelia through her cutting edge original productions. Writing music since her youth, the Asheville, North Carolina based producer adroitly crafts sonic soundscapes through intrepid experimentation of different textures of sound through her psychedelic trance and psychill productions. 2019 sees her diligent work in the studio unfold with her debut release on PsySisters Music and an EP on Dacru Records. Future Species has established herself as a respected artist in a short amount of time, expect a lot more releases from her in the near future, as we traverse the universe of sonic psychedelia with Future Species. ૐ