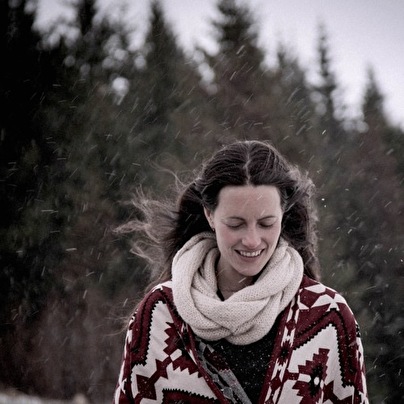 UK-based artist Carrie Tree has travelled through many parts of the world with her music, stirring and softening hearts along the way.
With a mesmerising voice and rhythmical fluid guitar she touches a deep place in listeners, playing regularly at festivals, concerts and retreats across Europe.

Carrie has built a dedicated following around her music and has collaborated live and in the studio with the likes of Damien Rice, Fink, Albert Mazibuko (LadySmith Black Mambazo), Martha Tilston, and Lamb's Andy Barlow.
She has co-produced and released two studio albums, 'The Kitchen Table' and 'Home to the Invisible', with a third set for release in Spring 2019, Producer by Markus Seiber (Aukai).