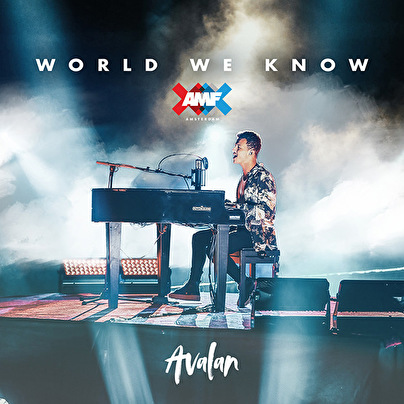 Last weekend we were all united worldwide as AMF presents Top 100 DJs showcased some of the best DJ talent and Amsterdam became our dancefloor. The magical night featured a very special show opening by a talented new artist and ever since, fans have been eager to find out more about the track and the artist behind it.

Valentijn Hoogwerf, better known by his stage name Avalan, is a 24-year-old Amsterdam born DJ, producer and vocalist. He first stepped into the limelight in 2018 under his stage name Avalan, after having worked on multiple projects by a number of industry leaders. Avalan delivered an impressive live set during AMF 2018 where his talent was first noticed by the worldwide audience. His hard-work and dedication paid off as it led to a collaboration with trance legend Armin van Buuren at the end of 2019. The worldwide hit track was 'Sucker for Love' and it was also featured on Armin's latest album: 'Balance'. The collaboration with Armin van Buuren was so well received by audiences that it led to a full United States tour alongside Armin in 2020 right before the impact of the pandemic affected the logistics of music tours.

Watch on Youtube
During the challenging times that followed in 2020, Avalan went back to the studio and wrote and produced a large number of songs. As part of that process, he was inspired to create a track that best describes the feeling of being quarantined and the lack of freedom the world was faced to confront. The track is 'World We Know' and it was premiered at the opening of 2020's AMF presents Top 100 DJs show. Avalan gave an astonishing and memorable performance from an empty Johan Cruijff ArenA to the 7-million-strong audience that was watching worldwide.

'World We Know' by Avalan is available on all platforms now, while the Festival Mix (Official AMF 2020 Anthem) will be available worldwide on 20 November.